BRC is well known for its 1878 Sharpos Borchardt Action and Custom Rifles and the BRC Premium Barrel, the result of both customer feedback and extensive testing. 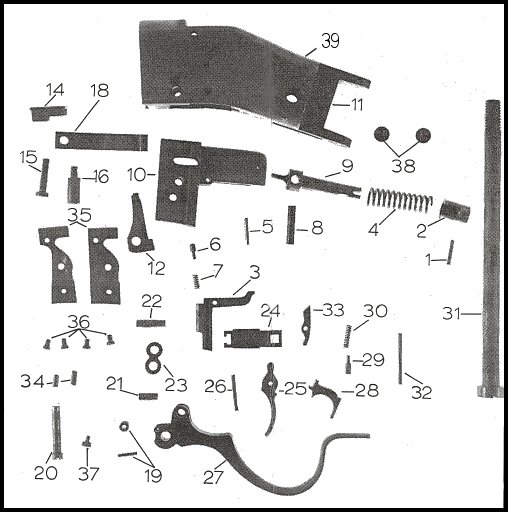 The 1878 Sharps Borchardt rifle as produced by Sharps was ahead of its time in its design of a striker-style action, but had a hard trigger pull in the standard trigger. Borchardt Rifle Corporation (BRC) produces a fully machined 1878 Sharps Borchardt action with all machined internal parts that are interchangeable with the original 1878 Sharps Borchardt. In an effort to reduce the Borchardt trigger pull, Al Story, owner of BRC, has developed a sear stop screw that can be adjusted from behind the trigger with a screw driver. This brought the trigger pull down to the 1 1/4lb range. Even though this was an improvement to the old military trigger, it was not a fix for the target or competition shooter. During the testing of the new BRC barrels some serious thought was given to developing a match grade trigger using the standard Borchardt trigger. With a combination of changes, Al has reduced the trigger pull down to 8oz. By adjusting the sear stop screw one can adjust the Borchardt standard trigger from 8oz to 2 1/4lb. There are no changes to the Borchardt trigger or safety. No milling is required to either the action or the block. One stop pin hole is drilled in the block. To make these changes one has to send the entire block, and only the block, to BRC.

Cost for the trigger job is $125.00, if customer's parts are used. The condition of block and block parts can affect cost. All trigger jobs will leave BRC set at 2+ lb. Owner of rifle and person who reduces trigger pull on said Borchardt rifle takes all responsibility for reducing trigger pull!

Instructions for Disassembly of the Sharps-Borchardt Action